Do I need help?

Home Advice Do I need help?

The summer months are traditionally the busiest in animal welfare because that’s when most creatures give birth.  This includes a lot of wild animals and with them come a whole gamut of scenarios.  We receive enquiries by the dozen from members of the public who are worried about a young bird or animal they have found. However, do these critters actually need saving? We are going to talk about some animals who, on the whole, will not need your help.

Our main picture is of a tawny owlet and if anything sums up vulnerable through looks it is these little fuzz balls.  Those huge eyes, the ‘floof’ of fluff…how can something like this survive seemingly alone? Well, tawny’s are at the top of the tree, pardon the pun, when it comes to well intentioned ‘rescues’ when most can be left. At around 25 days old, the owlets literally ‘branch out’ leaving the nest to venture onto the limbs of the tree.  Inevitably some lose their balance and end up on the ground. However, this doesn’t mean they need rescuing. The parent birds locate their young through calling to them.  Tawny owls have a relatively small territory and will find their AWOL chick.  Remarkably, some tawny owlets can and do climb back up into the tree, there are not many fledglings capable of this! Parents feed their young between dusk and dawn and will usually be close by.  No matter how well intentioned, human interference can jeopardise the birds chances of survival so what should you do? 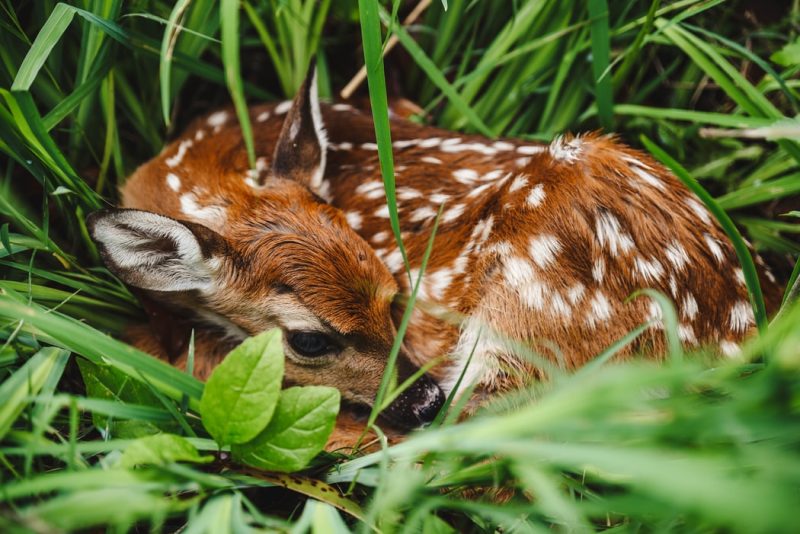 Young fawns, who like fledgling tawny owls have those huge eyes that we find hard to ignore and want to save, rely mostly on camouflage to avoid predators.  They are left hidden for long periods of time by their mother but are not abandoned.  The parent is normally feeding nearby and like the adult owl, dusk is the time Mum will return to feed her fawn. Unlike birds, who don’t have a sense of smell as such, handling young mammals can cause them to be rejected when the adult returns. 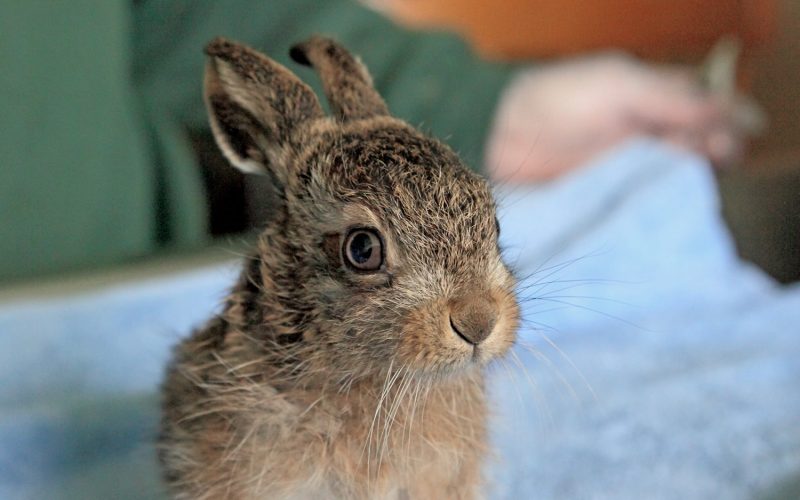 Young hares, leverets, like fawns, mostly rely on camouflage to hide from predators.  They are easily confused with young rabbits who are known as kits.  There are significant differences though.  Rabbits are born underground, furless and blind, completely helpless.  Young hares on the other hand are born covered in fur, eyes open and crucially above ground in the open. They are incredibly hardy little creatures, exposed to all the elements from birth as the mother hare only makes a shallow indentation into the ground or flattens vegetation known amongst other things as a form. Unlike rabbits, hare’s are largely solitary and the Mum will only feed her babies sometimes once a day, if several are born they will each have their own form. If the leveret is disturbed it will lie perfectly still but can run if scared.

Despite what seem very harsh odds, young animals are much better left where they are found unless there is an obvious threat (traffic) injury (been picked up or disturbed by a cat or dog) or the parent is nearby dead or injured. We see them as vulnerable, helpless when in reality their life is in the outdoors, exposed to all weathers but living as nature intended and us humans need to respect that.