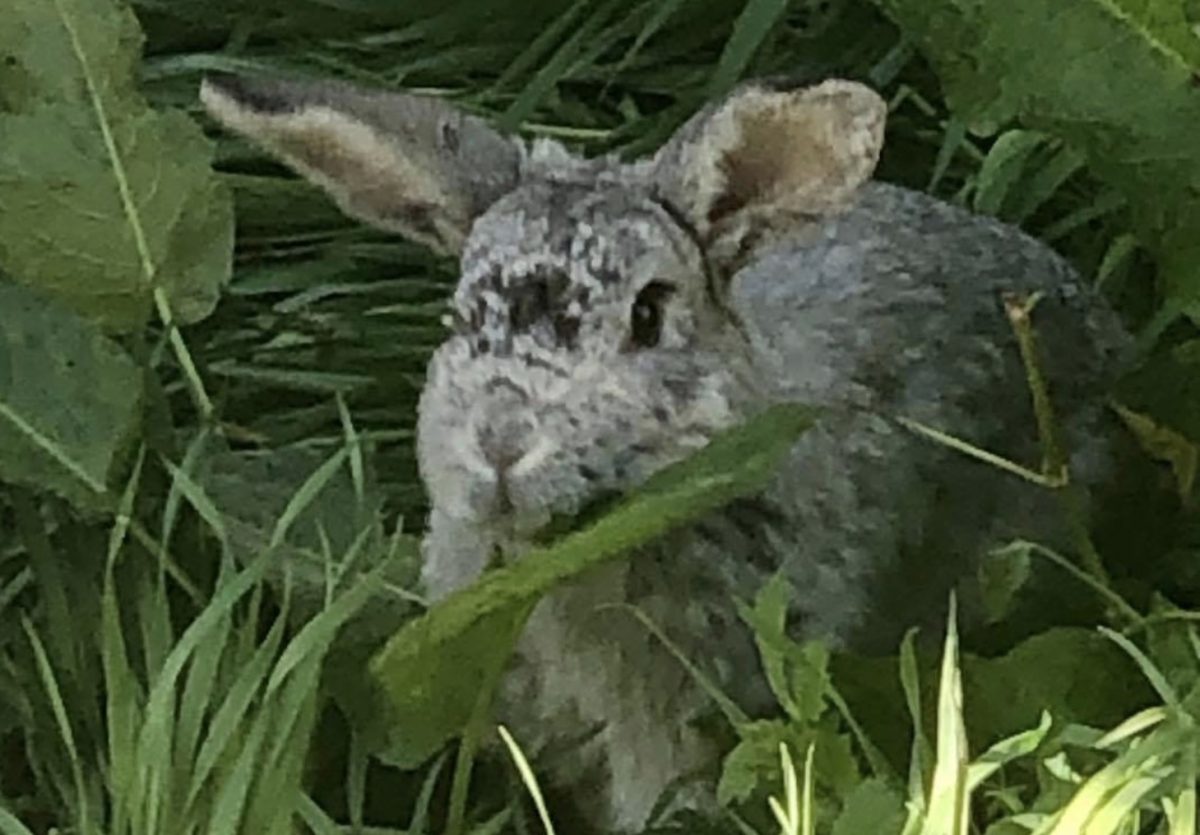 Rescued rabbit on the mend

Last week, just before Easter, Branch Deputy Manager Donna had a concerned phone call from an immediate neighbour. Whilst out for their daily exercise, the neighbour had spotted a little rabbit where no rabbit should be! The bunny was next to some disused garages and was obviously lost or had been abandoned. Donna went to the location (not far from home) and sure enough, there was Roger, as he has since been named, quietly munching a dandelion leaf. Now, Roger may be in his senior years but he still gave Donna a bit of a run around! However, he was eventually safely caught. It was obvious he wasn’t in the best of health, he was very skinny, dirty, had sores on his legs and generally unkempt.

The next stage in getting Roger the treatment he needed was calling on the help of local Animal Collection Officer (ACO) Helen who was on duty. Roger was collected and taken to the vet. He was, as suspected elderly and the sores on his legs were from where he had been left on a wet, hard surface.  Something that is seen when rabbits are kept in unsanitary conditions, it causes urine scald.

After 7 days as a stray, no-one had reclaimed Mr Roger Rabbit. However, we are THRILLED to tell you he has a new home to live out his twilight years. We can’t be sure that Roger was abandoned but it was obvious he wasn’t well cared for.  He now has an enclosed, safe garden to explore and is a very happy bunny! To help us continue to be there for animals like Roger, please donate if you can afford to. We appreciate every penny given to us.