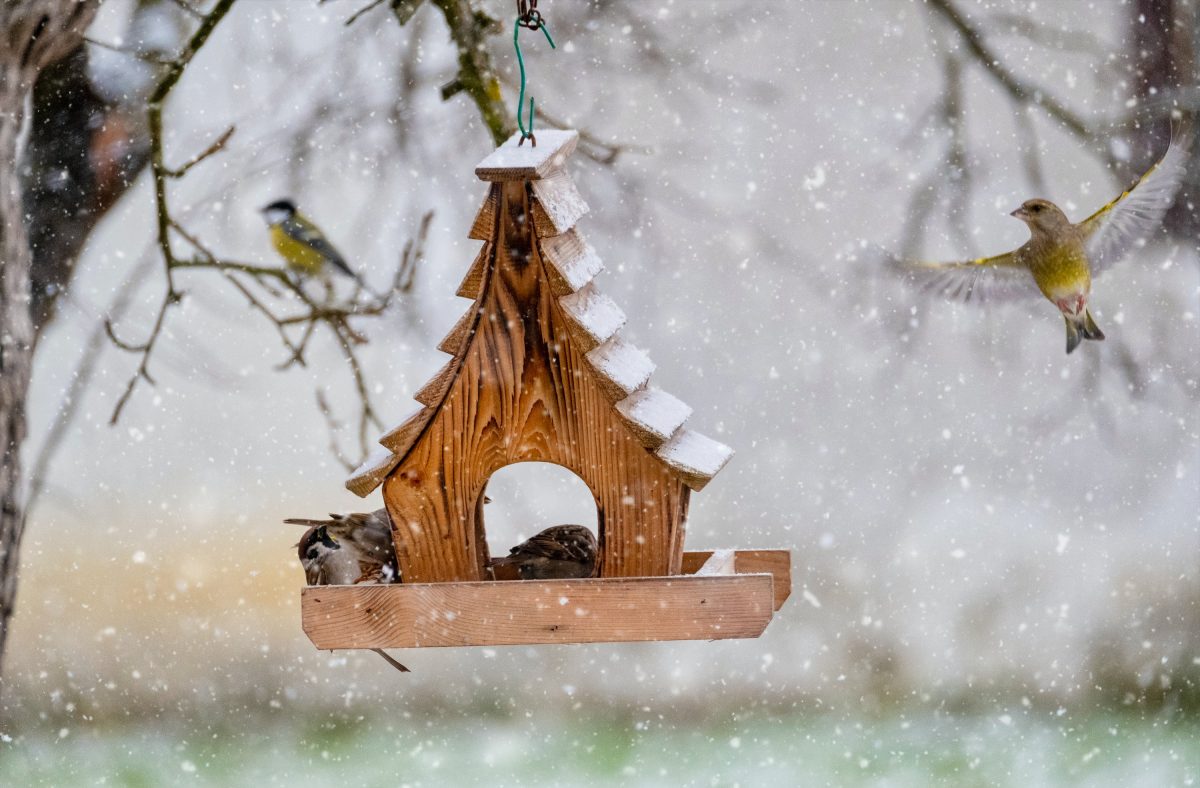 Help birds and other critters to get through winter

There was a great story recently in the news regarding a dormouse.  The little furry fella had crawled into a plastic bird feeder in a garden on the Isle of Wight.  Dormice need to put on a lot of weight to make it through winter and this one thought he had hit the jackpot with all the food he found!  However, he ate so much he got too big to get out of the feeder unassisted! Dormice are normally very shy animals so this one must have got a shock when he was discovered!

It’s not uncommon for food left out for one species to be feasted upon by another.  The most common are squirrels commandeering bird feeders but also mice and even hedgehogs (munching fallen seeds before they hibernate) will take the opportunity to grab some grub!  Although there is a crossover on who will eat what, it’s best to try and put out the correct feeders for the foods animals and birds require.  For instance, finches love niger seeds which need a feeder with very fine mesh because the seed is so tiny. There are a plethora of feeders and foods out there from  common fat balls and peanuts to meal worms and insect based diets for fly catchers like robins.  Choose what is best for the animals you have but by varying the food available, you will attract new comers. Proprietary brands aren’t the only thing to use…food scraps are also welcomed. Try to use fat that doesn’t have too much salt in it.  Hedgehogs should be looking to hibernate just now but will relish non fish based cat or dog food.  As will foxes and even badgers!

Aside from food, water is very important at this time of year as when temperatures drop, sources can freeze over.  Birds especially still need to bathe so providing a fresh shallow bowl is beneficial.  Also, there’s the question of hygiene…feeders, whether closed or flat table types, need to be kept clean.  This stops food going mouldy and more importantly helps prevent the spread of avian disease.

Back in 2015, the robin was voted Britain’s favourite bird and these cheery little songsters are frequently seen/heard around now.  With Christmas approaching, robins appear on lots of festive paraphernalia especially cards and gift wrap.   It is thought their prevalence around Christmas came about back in Victorian times when postmen wore red uniforms and were known as ‘Robins’.  Therefore, the bird became associated with greetings from loved ones via the mail and grew in popularity as a Christmas symbol.

This year, possibly more than ever, we need a little cheeriness.  We think providing extra food for the robin and all the other wild birds and garden animals is a small price to pay for the joy they bring. 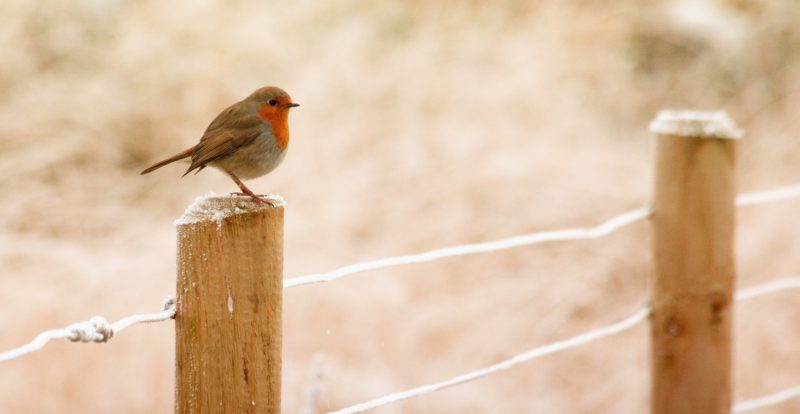