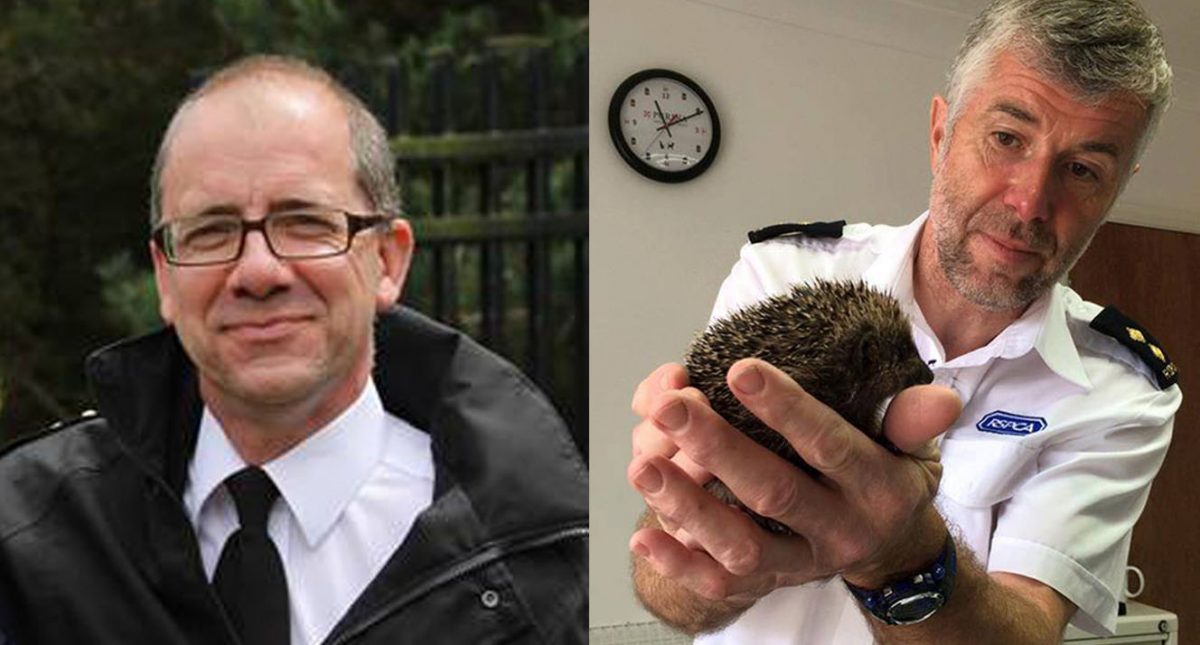 Home All 60 years of service

On the 8th of May Chief Inspector Simon (pictured left) and Inspector Dave both reached an incredible milestone of 30 years service in the RSPCA. Your devotion and hard work over the decades with have saved countless animals.  We wanted to say a HUGE well done to both men from us all at Nottingham and Notts branch.

Ch Insp Simon and Insp Dave are part of the RSPCA family here in Notts. There are 3 parts of the charity working together, but autonomous in their own right, working in Nottinghamshire.

Firstly, the Inspectorate who cover areas designated by the National RSPCA which can include several county and RSPCA branch boundaries. Secondly and uniquely here in Notts,  we have an animal shelter which is an independent trust, the RSPCA Radcliffe Animal Centre. Radcliffe has its own board of trustees, representatives from the 3 Nottinghamshire branches. The trust make their own decisions on the running and future planning for the centre. Finally,  there are the 3 branches who cover the county.  RSPCA Notts West,  known as Mansfield Branch, RSPCA Notts East, known as Newark Branch and us RSPCA Nottingham and Notts Branch. Each branch has an area and like Radcliffe, make their own decisions, via a voluntary committee, on how they spend money donated and fundraiser.  That’s why people living in Kirkby in Ashfield will have different resources available to someone living in Retford or Bulwell.

Inspectors and their uniformed colleagues work in all of branch areas. Their jobs are tasked out by the National Control Centre which is based in Rotherham. The NCC, as it’s name suggests, cover the whole of England and Wales.

Here at this branch, our main function is to support the Inspectorate. In ‘normal’ times this included collecting animals but due to the current situation, our uniformed colleagues are holding the fort. They are key workers who are also charity workers and we couldn’t be prouder of them all.

Thanks to every Inspector, Animal Welfare Officer and Animal Collection Officer for doing your jobs with such passion and devotion.